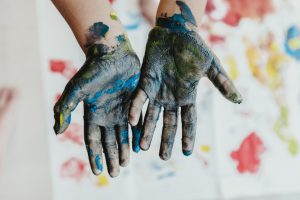 We had a FABULOUS strategic visioning retreat. The research we conducted was future reaching. The input the staff provided on organizational capacity was inspiring. The right facilitator was hired and had tremendous chemistry with our leaders. The Board was on fire with innovation and creating long-term sustainability. The initial storyline was constructed that would allow us to translate the dream into sound bites, social media, and dialogues with every niche of our base to get them excited.

And then….we all went home.

Cell phones were ringing before our flights took off. Five Past Chairs called different board members to find out what direction the organization was going in. One of the board members who just couldn’t agree with the idea of consensus, nor the need for major innovation, started calling influential members and sharing incomplete details of the day’s conversations. The CEO had ten emails asking what was going on before getting through TSA, and the emails were being forwarded to bigger lists of members and constituencies. By the time the planes landed, social media was lit up with inaccuracies, heated exchanges, and a storyline that bore no resemblance to the robust and exciting strategic dialogue of the day. The energy it would take to launch a new strategic vision inside of this unanticipated scenario was quadrupled, reactive instead of proactive, urgent instead of paced, and muddled instead of clear, as multiple, false story lines would need to be addressed.

When we fail to develop leaders with regards to appropriate leadership and governance behaviors, confidentiality, and communications strategies; we leave our organizations open to spending inordinate amounts of time, money, and personnel in the clean-up phase of chaotic dynamics. The effort is spent in power and manipulation instead of creativity and delivery. The shame is a suffering mission and people left with unmet needs, while we are consumed with politics instead of purpose.

Some of the most well-intentioned and accomplished people in the world say yes to leadership and yet don’t realize that they don’t know what they don’t know with regards to board service….that their charge is to behave only as a critical molecule within an organism that is the board of directors…not as a separate organism. The assumptions often include that because one has achieved great respect or success in one professional arena that they have the tools and the knowledge of how to govern. It is followed closely by difficulty behaving from a position of oversight instead of directing.

All of this to say that one of the most important investments that leadership can make is to teach the practice of governance excellence. Yes, it is a practice. It takes repetition to create and experience good governance, with a healthy dose of self-policing. The time and the money put into learning how to demonstrate accountable leadership oversight, how to govern and not play politics, how to lead while not dictating, and how to stay within the many legal boundaries that even very successful business people may not be aware of in governance circles – is an essential underpinning to successful strategy.

Failure to do so will leave your leadership in a mess with a beautiful strategy document that simply won’t matter.