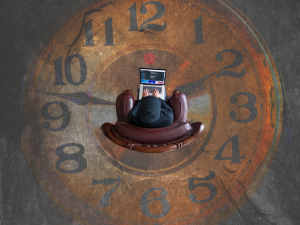 Back when I lived in another place & time, otherwise known as pre-COVID 19, I shared some insights with CEOs from across the country in a keynote, during a time when we could gather in person. The message journeyed through an unusual kaleidoscope of what was before us in the future, much of which was not yet general knowledge, across industries and professions. The unveiling of those little talked about far-reaching consequences to come was followed by the latest neurology research, providing a guide on how leadership would need to alter – what we know now about how our brains impact the quality of our decision-making & the essential behaviors we must change as leaders to be successful in a new decade.

I posited that the 2020’s were going to be an exciting, yet sometimes painful, transition with the certainty of a recession of unknown severity before us, a generational hand-off with the majority in our workplace already under 40 – mapped to an explosive time of innovation that would stunningly alter how we have been living, working, and relating as we knew it; hopeful that it would be an evolution & not a revolution. The 2020s were to be a preparatory decade for what was coming – the expectation of a Golden Era in the 2030s when the two largest generations back to back would be at their peak creativity, contribution, and earning years; continuing to leverage the transition of the 2020s but in entirely new & unexpected ways. This was substantiated by research that showed that their economic contribution was not yet incorporated into the current BLS & CBO data, including the gloom & doom prognostications for social security…so we would be teed up to reap an incredible harvest globally with all the effort we would put in during this decade.[1]

What was consistent after this message was a fascinating reaction that was a combined, “I had no idea! Thanks for sharing” – followed by, “You scared me to death!” Because a version of this content had been used during facilitations of Board strategy sessions, I was prepared for the feedback – having experienced a leader literally push back from a Board table & say, “Wow, I had no idea what I had signed up for!!”

Today, in another time, we must remind ourselves that we are still the same people who are going to lead through a moment of great transition and change. We now have another set of variables before us that are completely unwelcome and that have been thrust upon us. When we were celebrating a new year and a new decade just twelve weeks ago, the extent of what we would be challenged to navigate was not yet fully apparent. What is extraordinarily different is that we are not simply addressing innovations that are either exciting or threatening to our business’ existence or new business models to which we must adapt. We are facing a threat to our individual survival that resonates primally, the fear for those we love, an unknown length of endurance, and the severity of consequences yet to be revealed. However, we must – WE MUST remember, from other places and times, that we are equipped for survival – that human beings are resilient and have survived many a horror, including pandemics before. Yes, admittedly, we individually wonder if we will survive, and we must proceed as if the answer to that is, “Yes!” We must live now and utilize all of the creativity, industriousness, and wisdom each and every day, setting ourselves up to run a marathon – not a sprint.

Being married to a Brit who was a child and product of WWII, creates an interesting backdrop of conversation about COVID 19 and a different perspective in our household from another place & time. He remembers from the age of three, looking up and watching the sky black with planes, as they flew across the English Channel. His birth story includes the backdrop of bombs, meant for the northern railway terminus in his hometown, going astray in the wind and falling near the back garden of his home, which is what petrified his mother into delivering her son. He shares the stories of his brother, continents away in British Malaya, and the fear carried in the family’s heart of whether their young son would return – and the sadness his brother endured when he learned the dog assigned in the canine division, which was his companion through terror, would be shot and not allowed to return home with him. He recalls the years of deprivation – long after “the war was over” of nutritional deficit and the excitement of an orange at Christmas…the food rationing coupons that didn’t stop when soldiers came home – and now affects his health as an old man. He knows the reality of the economic losses that continued, as Britain honorably paid their debt back to the U.S. He remembers the Victory Gardens planted in community plots across the country to sustain in a time of uncertainty. Each and every day was lived in the unknowns of what will happen to me, my family, will it come to our door – again – for how long, and how do we respond?

And yet, here we are in another time, and he and his family of three siblings not only survived, but thrived, winding up on three continents – Europe, America, and Australia. Four children from a modest family of nurses in working class England had lives that took them to a future none of them could have dreamed in war torn England. One got on a boat with her new Australian husband with an 18-month-old baby, sailed to a new land, and never returned home (can you imagine?) & is still alive in 2020 at 95! The 91-year old sister married the son of an army commander at the base in her hometown and found herself on Vancouver Island, far from her northern England hometown. A brother remained in England, and my husband has lived for over three decades in America. In the midst of the uncertainties, how could they possibly have imagined that their lives would wind up so full, so different, and with such stories of adventure when international travel wasn’t even a way of life for most of the globe then.

In this time, we must have facts, be realistic, pragmatic and act upon the variables that we can control. We must put people first in all of our decision-making, both in the short-term and in the long-term – our families, our friends, our employees, and take into account how our actions impact wider circles of influence than just ourselves. We must care for each other and support each other through uncertainty, as we address a new set of business variables and models that were already in motion to alter our world in inextricable ways. Those have not stopped – paused for a time – but not stopped…and they were not going to feel comfortable before.

Inside of this new set of variables, with an extraordinary pandemic to navigate, our charge is to observe – what are we learning about how we were living, running our businesses and organizations that really did need attention and consideration? How were we leading, behaving and what were we expecting of others that we need to adjust? What did we believe we absolutely could not do or allow that we are doing and allowing out of necessity now – that in fact is reasonable to continue? We must give ourselves permission to admit where things were not serving us well, even though we were repeating and running and doing at a breakneck pace, and let those be the lessons from another time and place that inform us and that we do not carry forward.

We must keep ourselves out of paralyzing fight or flight thinking that freezes our ability to be creative and innovative, so we are able to identify new ways of being, leading, and conducting business that will allow us to thrive. As we believe – and behave from the belief – that there will be an awakening in this era, we can then build upon and thrive in new ways that in another place and time, we could not have imagined would be our reality. Having thanked the millions of heroes who have ushered us through this time, we can then create and engineer new ways of mastering our world to benefit humanity and ultimately fuel an enriched, life-giving experience for all.